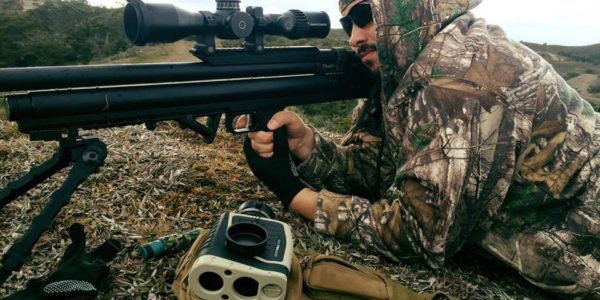 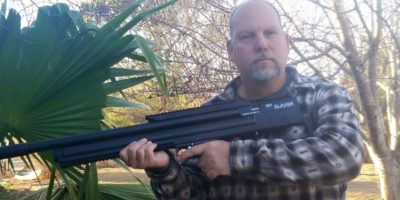 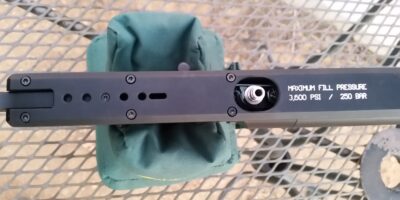 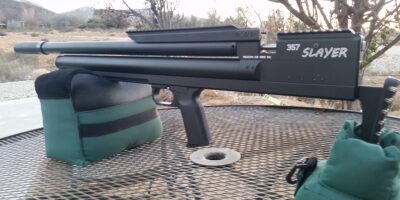 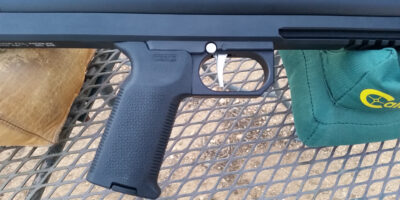 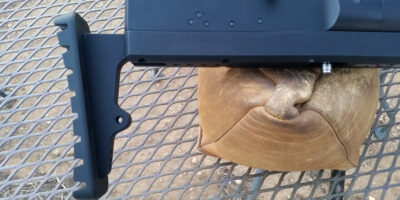 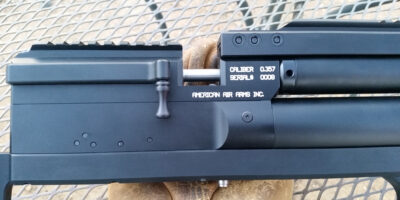 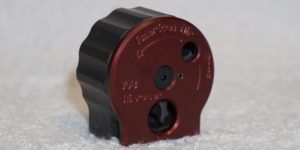 Slayer- the the cure for the big bore airgun identity crisis

Identity crisis is the  best description for so many big bore airguns on the market.  Are they intended for slugs or for pellets? Almost always, it’s neither. Not enough power for efficient and effective use of slugs and too much power for pellets with the exception of the heavy EunJin in some cases.  Adding to this identity crisis, many bigbore air rifles leave the factory with a tune that has infamously and universally referred to as, “The Korean cliff tune”, a declining shot curve that matches no known ammunition.  Adding to the crisis, the difficulty of getting good accuracy results with a gun that gives a wildly declining velocity string and these manufactures make no recommendation as to what ammo should be used.  All the R&D is left to the shooter or a professional tuner.

All bigbore repeaters today, with the exception of the Slayer, have been built on small bore platforms that have been stretched (yes, some have physically stretched) beyond their limits, these small bore actions can’t provide the performance or reliability expected or desired.  Also, their magazines are designed for pellets and don’t have adequate length for slugs, especially longer hollowpoint slugs.  A gun that started life as a extremely powerful 17, 22, or 25 caliber can’t be expected to make a high performing 308, 35, 45 or 50 caliber; it’s just not feasible.

The Slayer is a true top down new design that shares absolutely nothing with any existing platform.  What do we mean by top down?  The design process started with a performance goals and a defined purpose.  The performance goal was a 357 optimized for slugs that would deliver six shots at 950 fps peaking at 275 fpe with a bell curve, use a fill pressure of 3,600psi to utilize 4,500 psi carbon fiber breathing air tanks that are currently the industry standard without the use of a 6k nitrogen tank or booster, have a single lever cocking and loading system that easy to operate, be as compact as possible for field carry, have a nice balance, excellent accuracy, extreme reliability, and completely manufactured in the USA.  The Slayer’s purpose is to be a highly efficient hunting tool that can be used in the field straight from the box, performing at its claimed performance level without the need for “tuners” or “tinkering”.

Maximum power, absurdly heavy  projectiles below 900 fps, or Helium never entered into the equation.  The Slayer’s purpose is predators and game up to deer.  Take away the shot count, the Slayer can easily drive a 140gn bullet to 1050 and above even with its 24″ barrel.  Again, ultimate power was not the purpose but the potential is there.

This top down design process showed the need for some new and unusual technology as well as a few innovative features not found on any other big bore airguns on the market.

The Slayer is designed as a complete system; its compact nature and no nonsense design make it the perfect hunting tool for carry, blinds, tree stands or the bench.

* Fpe (foot pounds of energy) listed is developed at a velocity of 950 fps (feet per second) for all calibers.
** All specifications are subject to change without notice.